Home Learn, TECH What is Girl Trafficking and what are the major causes of Trafficking from Nepal .

Girl Trafficking is illegal act of selling girls within and outside the country form prostitution or for forced labour.


The Present statics shows about five thousand girls to foreign countries especially to India and in sold brothels. The major reasons behind Girls Trafficking are as follows:


a)      Illiteracy: Many girls of rural areas are uneducated. They are unaware about the result of begin girls trafficking. They are out of reach of modern means of communication i.e Radio,T.V Internet, Mobile Phones, Newspaper etc. Therefore, they believe to anyone, anybody who promises them a lucrative job opportunity and makes them fall in Love too.
b)      Poverty: Many girls are facing the serious problems of unemployment and poverty specially like our county Nepal. They can feel comfort and trust stranger who promise them to marry and job as their parents are poor. People can involve in girl trafficking  as they lacking employment opportunities.
c)       Open border: Due to the Open border between Nepal and India the girls traffickers can easily traffick the girls across the border.
d)      Irresponsible Government:   The Nepal Government is not too serious to stop the horrible social crime girl trafficking. We have laws to punish the criminals but we have few cases for which criminals are being arrested and seriously punished them. In Nepal criminals are also being escape from punishment due to polliticial pressure and power. 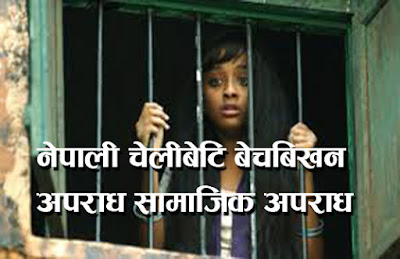 These are the major reasons behind Girls Trafficking.

By Nepali Computer Technology on 6:51 AM
→