Dowry System in Nepal. The Main Problem of (Terai,Madesh) Nepal

Dowry System in Nepal. The Main Problem of (Terai,Madesh) Nepal

Dowry system is a practice of giving Money or property or some kinds of special gifts at the marriage of a daughter by the girls side to the bridegroom’s family. ‘Dowry’ is known as ‘Daijo’ in Nepali and ‘Dahej’ in Hindi , Maithili , Bhojpuri language. It is a social evil of our county Nepal. It is mainly common in Terai- Madesh region, southern part of Nepal but now it is spreading over other parts of the country instead of being solved. 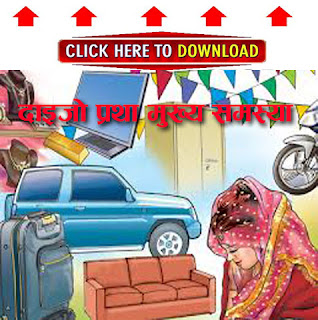 Many daughters in law and wives are physically and mentally tortured due to the lack of dowry. This system had made fun of equality of women. Nowadays, marriage is supposed as lottery of making money. It is harmful for society because the bridegroom’s side openly demands the dowry before arranging marriage. People will give priority to give birth of baby body due to the passion of dowry which increases gender inequality . we also read news on online newspaper and Tvs that many girls are died because of insufficient dowry by girls side. Last year a girl was killed because of dowry.Click here to read. Likewise another news in madesh is the main problem of dowry system.

To solve this dowry system public awareness should be raised through different means of communication to change the attitude of people. Parents should be incourage to invest money on girls study not in dowry for them. The Dowry prohibition Act should be implemented strickly which helps to Stop Dowry system in Madesh and all over the Nepal.
To get more notes and many more in Video form please click here for full details.
By Nepali Computer Technology on 8:08 AM
→